As part of TUCC’s commitment to join the broader church community in responding to the Truth and Reconciliation Commission’s 94 calls to action, we are pleased to offer copies of Gumboot Productions’ 22 minute documentary Finding Peter Bryce to communities of faith in Shining Waters, Horseshoe Falls, Western Ontario Waterways and East Central Ontario Regions.

The film has been loaded onto flash drives along with discussion questions and resources for your community of faith to explore. The drives are free of charge though contributions towards the cost of production are always appreciated.

Other reconciliation initiatives partnered by TUCC: 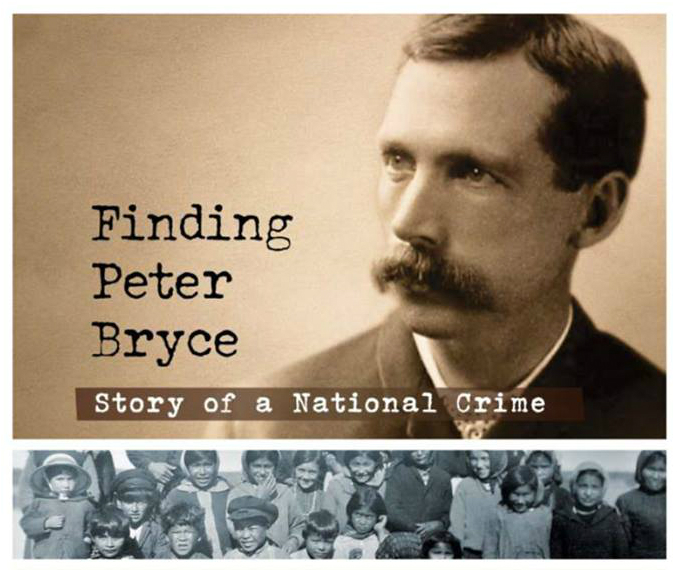 Dr. Peter Bryce was Ontario’s first Chief of Public Health; his innovations were copied across North America. In the early 20th Century, as the medical officer with oversight res­ponsibilities for Canada’s Residential School System, Bryce identified the shortcomings of the system’s response to malnutrition and tuberculosis. His reports on the epidemics and recommendations for their remedy were set aside by senior government officers and he was relieved of his duties. In 1922, Bryce published Story of a National Crime, describing the tragic consequences.

The documentary Finding Peter Bryce reveals that not all settler peoples were blind to the injustice inherent in Canada’s residential school system and the effects of those shortcomings. If citizens were blind to the issues, it was a willful blindness. Dr. Bryce’s perspective was in sharp contrast to that of civil servant Duncan Campbell Scott, whose tragic role as deputy superintendent of the Department of Indian Affairs is outlined in the film. But First Nations’ children’s advocate, Cindy Blackstock points out that many of us today find ourselves making similar decisions when there is pressure to conform. Each of us must choose how we respond to the challenge of reconciliation.